A rail spike (also known as a cut spike or crampon) is a large nail with an offset head that is used to secure rails and base plates to railroad ties in the track. A dog spike is functionally equivalent to a cut spike and is also square in horizontal section and of similar dimensions but has a pointed penetrating head, and the rail (or "plate holding") head has two lugs on either side (which aid spike removal) giving the impression of a dog's head. 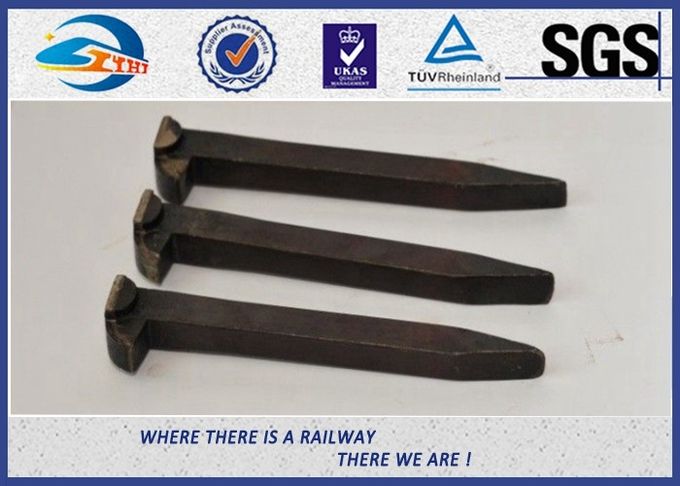 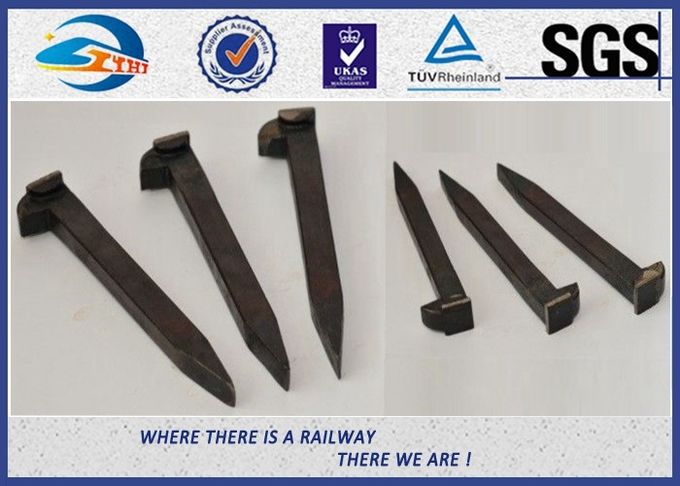 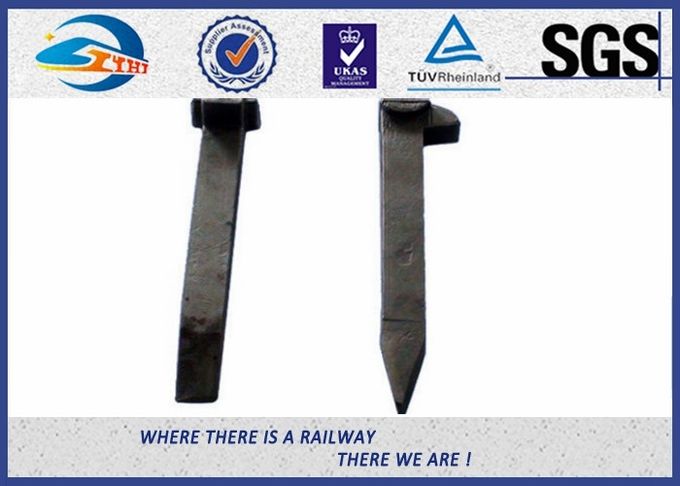